Menu
Menu
Menu
Register
Sign in
Back to main page

Investing in Times of War 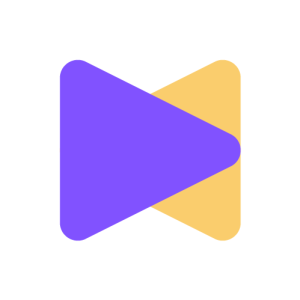 Investing in Times of War

The war in Ukraine is a horrifying historical event and the effects of it will likely ripple out for years to come.

The current situation shows us that nothing is permanent. In the blink of an eye, life-changing events can take place that have repercussions way beyond what we might expect. Although the globalization of our world opens up many exciting opportunities, it also means that a change in one ecosystem has widespread consequences on ecosystems throughout the globe.

Throughout this article, we aim to highlight the effect that the ongoing conflict in Ukraine has had on general economic systems, how it has impacted certain asset classes, and how you can mitigate the financial consequences.

The Conflict in Ukraine – Financial Repercussions

One of the significant impacts of the war is that many businesses have halted operations in Russia or abandoned them altogether. This includes major companies such as Shell, Apple and BP.

The Russian Ruble also dropped a tremendous amount compared to FIAT currencies such as the Euro. On February 21st, the exchange rate was 1 RUB = 0.0116 EUR; however, it reached a low of 1 RUB = 0.0069 a mere two and a half weeks later. That’s a drop of almost 40%.

This is comparable to the hit on Ruble-denominated stocks traded on the Moscow Stock Exchange. If we look at gas giant Gazprom, their share price plummeted from 279,20 RUB on February 21st to 189,10 RUB on February 24th.

This was no isolated occurrence. Equity trading became so volatile that markets were halted on February 24th for one month until the Moscow Stock Exchange could reopen – albeit with substantial limitations on who could trade.

The Impact on Gold and Precious Metals

In times of war, investors tend to value tangible assets – most notably, precious metals. While silver and platinum are also popular with investors looking to diversify into these physical goods, gold remains the flagship.

Gold has a long tradition as a store of value and is universally recognized. In addition, gold has a high enough price so that investors don’t need to carry around kilograms of it to have substantial value.

Gold also holds its value exceptionally well, whereas anything on paper is open to huge swings in value due to inflation or the inability to liquidate.

The gold price has performed as expected in recent weeks, and investors have already priced in the war’s effects. Many macroeconomic events were ongoing at the beginning of the year, including interest rate increases from the Federal Reserve. Yet, the price chart clearly shows a rise in the value of gold commencing in February.

P2P Lending – How Has the Conflict Affected the Industry?

The P2P Lending industry also saw the effects of the Ukraine conflict. Loans from Ukrainian or Russian loan originators were suspended on many platforms or closely monitored and scrutinized to mitigate the increased risk they brought with them. Furthermore, as loan originators faced higher demand during these global events, many increased the interest rates on their products.

This also includes one of Lendermarket’s loan originators, the Creditstar group. Investors can now purchase loans with interest rates of up to 15%, depending on the country where the loan originated from.

Generally, it stands to say that all platforms that have halted investing in new Russian or Ukrainian issued loans are assuring their investors that the loan originators have enough liquid funds to cover the process of buying back outstanding loans.

Inflation as a Result of the Crisis

Residents in many countries, especially in the European Union, also noticed a significant increase in energy and fuel prices. This was primarily due to Russia being one of the key players in the oil and gas supply, coupled with the uncertainty of the ongoing situation in Ukraine.

This is just one of many examples that show war’s impact on inflation levels. It’s therefore natural that the current inflation rate in the EU stands at 6.2% as of February 2022 – and will likely be even higher for March. So, how do you protect yourself from these high inflation rates, as well as falling stock prices and exchange rates?

The Takeaway – Diversification is the Helping Hand

Certain asset classes perform better and possess different risk exposure in times of crisis. When the stock markets go down, you can usually see a rise in gold prices. Therefore, if you invest broadly, perhaps by using different asset classes and even spreading your investment over a single asset class, then the conflict has less influence on your portfolio’s value.

This holds true across the board. If your portfolio has a strong geographical focus on Eastern Europe, be it via stocks, bonds or P2P Lending platforms, you will see a much more significant effect on your net worth than with a well-diversified portfolio.

Diversification is the helping hand to keep your portfolio in check during times like these. As the old saying goes: “Don’t put all your eggs in one basket.”

An Overview Of and Thoughts On the Current Macroeconomic Situation

Reading Time: 4 minutes The global economy is still feeling the influence of the war and its consequences, creating trends that could significantly impact

Reading Time: 4 minutes When you’ve got 10,000 Euro available in your bank account and wish to invest that money, there are many avenues

Reading Time: 5 minutes The truth is that I had always been passionate about investments and personal finance, it was like a fire burning

What is financial planning and why should you use it?

Reading Time: 4 minutes “If you don’t know where you’re going, any road will get you there.” This quote is attributed to Lewis Carroll,

Reading Time: 3 minutes Lendermarket is pleased to announce that, after a fantastic year in 2021 which saw platform growth of 300% and client

3 ways how to protect against inflation

Reading Time: 4 minutes You hear the word inflation everywhere in the news: “The inflation rate reaches record highs!”. But what is inflation? In

Reading Time: 4 minutes The first step is always the hardest; this holds true for life, but also for investing. In this article, you

Reading Time: 4 minutes Lendermarket Stars series are developed for all of us to learn something new from success stories. In this blog series,

Reading Time: 3 minutes Welcome to the second installment of the Lendermarket Stars series, where we highlight the investment journeys of our investors, as

Lendermarket is a lending marketplace for investors to invest in Buyback Guaranteed consumer loans issued in Europe. The loans are originated by our partner Creditstar Group – one of Europe’s leading digital finance companies.

As with all investment opportunities, the loans offered for investment at Lendermarket platform involve some degree of risk. Lendermarket advises to carefully evaluate the risks associated with investing in consumer loans and seek professional advice before starting to invest money through the platform.